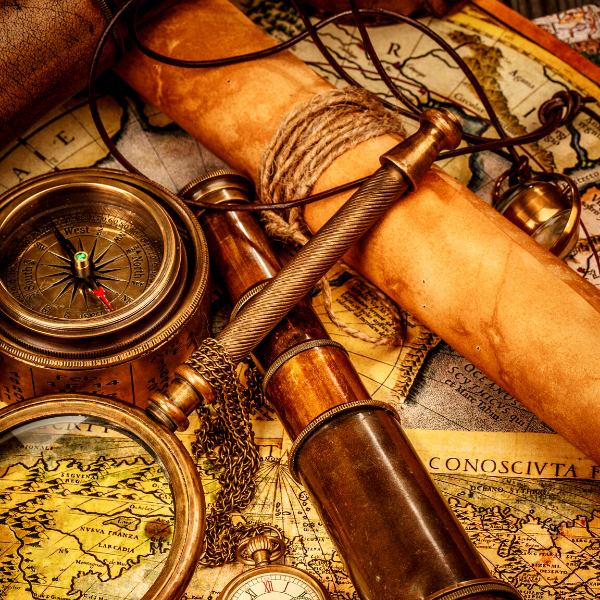 That's how all great ideas start, right? The ones that turn out to be way harder than you thought they would be?

As 2020 became the year for all of those school-age children stuck at home during the pandemic (including our own!), we knew we needed to find a way to help them burn off some energy after spending hour upon hour in front of their computers. There had to be a way to help them practice what they'd learned, while also getting them moving!

And that's when memories from my own childhood of my Mom's elaborate treasure hunts sparked an idea. What if I could combine my real-life experience in STEM with engaging, story-based treasure hunts to teach kids STEM concepts in a fun way????

We spent days constructing each treasure hunt, but we just couldn't build them fast enough to satiate our children's thirst for the hunt. Every morning they asked if we would be doing a treasure hunt that day!  I needed a faster way to build the treasure hunts, based on the concepts I wanted them to practice that day.

Not only did I need to be faster for me, but I also wanted my educational treasure hunt to be useful to as many children as possible.  But every child is different!  They each learn differently, and they are each motivated by different quests and subjects. And of course, no one has access to the same clue-hiding locations in their home or classroom.

Why not build a tool so that parents and educators—the people who know their children best in the world—can customize these treasure hunts with:

Thus was born the idea for The Treasure Hunt Builder.

... and the bonus?
While the kids solve educational puzzles, I had an hour to myself to get some work done!

To make it happen we woud need...

Exciting and captivating themes so each child finds an adventure that motivates them.

Puzzles, riddles and brain-teasers covering as many educational subjects and levels as possible. We prioritized 6th grade and younger, because they seemed to be the most in need of diverting activities. (But yes, I too would like to see an adult-version some day.)

A repository of potential interior and exterior locations to hide clues.